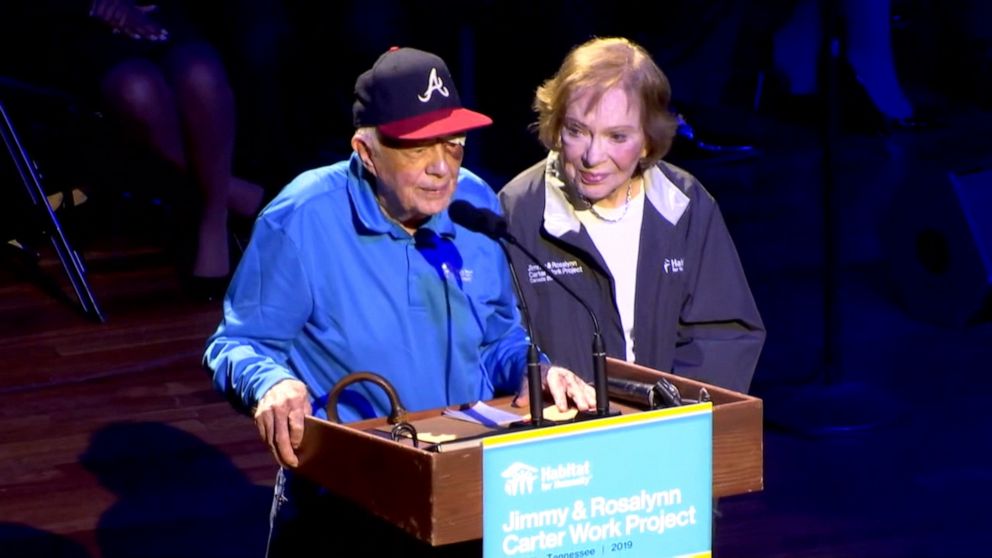 PLAINS, Ga. — Former U.S. President Jimmy Carter has been hospitalized after a fall at his home in Plains, Georgia.

A statement from The Carter Center says Jimmy suffered “a minor pelvic fracture” on Monday, but remains in good spirits and looks forward to recovering at home.

Carter Center spokeswoman Deanne Congileo told The Associated Press that she had nothing more to add to the statement.

Carter already fell once at his home earlier this month, leaving the 95-year-old with 14 stitches and bruising around his left eye. Despite that, he still showed up to help build a home with Habitat for Humanity the next day in Nashville, Tennessee. He used a cane when he rallied volunteers that morning.